Boyfriend/Girlfriend Label: How do you call it when you two…?

Relationships are complicated. Even though they may seem quite simple for the two people actually involved IN the relationship, others keep trying to categorize, to classify, and to tag each social bound… Let me make this clear by explaining what happened some time ago. 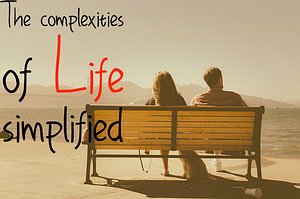 The moment of truth

A few weeks ago I had been to a party on a boat near the London Eye with my good friend Sandra. Some pictures were taken… And the one of us looks pretty good so I kept showing it off to our friends saying this is Sandra’s boyfriend.

One of our friends told Sandra he “saw her boyfriend”.
“I don’t have a boyfriend!” Sandra said.
“What do you mean you do not have a boyfriend?!” –yep, that was ME talking!
Sandra looked at me as if she wanted to bury a sharp knife down my chest. Did I just say something wrong?

And that innocent comment started a whole debate about when to label someone as a boyfriend/girlfriend. Of course, we didn’t reach any logical, mutually agreed conclusion. But here are a couple of my own thoughts.

If I am seeing/dating (there seems to be a debate between seeing and dating too) the same person for a while, let’s say a few weeks, then he is my boyfriend. Apparently, when speaking to people in their thirties, ‘seeing’ someone means you are taking things lightly (like, you had nothing to do on a Friday night, and neither did he, so you ended up having drinks and hanging out in your apartment). Similar to ‘seeing’ is ‘spending time with’, at least the way my friends use this expression. As opposed to ‘dating’ which means something as ‘seeing each other on a regular basis, taking for granted that you will go out together this weekend, discussing things like when is it the right time for him to meet your family or friends, etc.’

I think this is all pretty silly. If I want to go out with someone, I go out with him. If I don’t feel like it (because I have better things to do, such as renting a movie and watching it with my best friend, having my legs waxed or staying up all night listening to death metal, then don’t bother trying to change my mind with stupid technicalities!

How well do you really know him?

Alan says “but you have to know a person before you label him as a boyfriend. Boyfriend means serious…”

Does it, really? I mean, calling someone your boyfriend does not literally means you are going to get married, or that you plan to stay together for the rest of your life. As for knowing a person, even after being married for over 10 years, I still did not know him or perhaps we just changed. Then, is it really possible to know someone from the start?

It is true: some guys really freak out when they hear you using the B word. Do I look desperate to be with you? Hello? I could get ANY guy I wanted and you should feel privileged because I decide to share these moments with you, and if you get scared just because I decide to use a certain term when I’m introducing you to my friends, then I begin to realize I might be wasting my precious time on you!

It’s not so complicated after all. “Hi, I would like to introduce you to the guy I have been seeing for a few weeks” or “hi, meet my boyfriend”?

From bad to worse! The forbidden L word

That’s not all! Apparently, guys’ sensitivity towards language includes another famous term… that’s right, the famous (or infamous?) ‘love’ word. Of course, I’d never say ‘I love you’ without actually feeling love. In fact, there were only one or two times in which I said the famous line previous to hearing from the guy, and I did only because I was certain that the answer was going to be ‘I love you too’. I’m not planning to say ‘I love you’ only because we are having a great time, we have such a great time in bed or we have seen each other for over a month.

But some guys take things too damn serious! I remember a guy I used to date (or ‘see’, I’m not so sure LOL) which would look awkwardly away if I happened to use the L word on a random sentence (something like “I love the beaches of Australia this time of the year…”). Paranoia? Naaahhh…

I won’t change my mind. I will still use the work ‘boyfriend’, at least until some more appropriate word is invented to describe the ‘guy I’m currently spending some time with’. By the way, in case you are wondering, no, I do not have a boyfriend at the moment but I’m occasionally ‘seeing’ an ex boyfriend. Though I think I am ‘spending too much time with’ one of my close friends…