Dan Black Has A Brother, Did You Know? 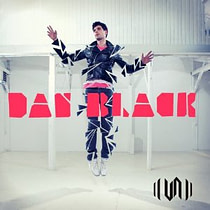 I was not going to talk about any celebrities for a while as I really don’t want my blog to look like a music review site, though I definitely had to mention Amy Winehouse. But Dan Black is truly the only worth mentioning thing that happened to me this week that I can think of: I met Dan Black’s brother!

But of course I had absolutely no idea who Dan Black was. And guess what: I listened to his album UN and I quite like it. In case you have no idea who Dan Black is (as I did), I should begin by saying he is a British pop artist who was born in 1976. He started his music career in an alternative band called The Servant, until 2007 when they split. He has also been a guest vocalist for an Italian band, Planet Funk.

However, he became famous with his song “HYPNTZ” (in case you can’t figure it out on your own, it is ‘hypnotize’ minus the bowels). It was the year 2008. Dan Black’s popularity increased the following year when he released his album track “U + Me =”. This song happened to be chosen as the UK Free Single of the Week of the iTunes Store. Another big hit was the song “Symphonies”, which got Dan Black a nomination for the 2010 MTV Video Music Awards (Breakthrough Video and Best Special Effects).

I think Dan Black is not as famous as he is meant to become, since so far he has only released one album and five singles. He’s a young guy and he’s very good on what he does, so I foresee a future full of huge concerts, awards and money for this rising star! Well, after all, for what I know he might become my brother-in-law so I can only be kind to him LOL (I am just kidding here).

As for Dan Black’s brother kissing me… what can I say? It was fun, it was quite an experience realizing I had kissed someone related to a celebrity, and suddenly I’m feeling a little like Pippa Middleton! Oh, if only I had her figure and I could look so great in a white dress!

How about you? Have you ever been on a date with someone famous, or at least, with someone related to a celebrity? Would you make a big deal about it or do you think I’m overreacting with Dan Black’s Brother?