Why Do We Fight? Looking Beyond the Ego 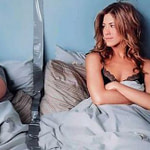 Iâ€™ve been told since childhood that men have great difficulty admitting when they are wrong. Learning to say â€œsorryâ€ often and with apparent sincerity is, I have been told, a prerequisite to getting married. The model is that women complain and men are stubborn and apathetic. Many loverâ€™s quarrels can, the thinking continues, be reduced to â€œwoman has problem with manâ€™s action, man disagrees, woman complains, sees it again and takes issue, fight ensues.â€ Tempers and emotions will escalate until one partner decides to step up, admit they were wrong, and make amends in a calm and compassionate manner.

I have seen that a lot, and for awhile, I took it as gospel. But as I have grown older and experienced my own relationships and those of my peers on a first-hand basis, I have realized that mustering the strength to overcome oneâ€™s pride and fly the white flag of apology is not entirely about ego.

First, relationships rarely exist in the present. By this, I mean that any union of two people has, by definition, a history. A past â€“ a sum total of all experiences, knowledge, conversations, glances, etc. Whether dating for a week or married for 50 years, there is a lot of information stored in our brains and hearts about our mate. Our first impressions upon meeting them, memories of times they were made angry or happy by something we said, our perception of the relative power structure of the relationship.

If half of our attention is focused on drawing conclusions based on the knowledge we have of a shared past, then the remainder is focused on thoughts of the future. The very act of courtship is built around sizing up a potential mate. First dates function largely as indicators of potential second or third dates. Year one of any marriage is (hopefully) a good omen for year two. Big decisions in year three (e.g. children, home-buying) are based on the secure foundation expected from years four through fifteen.

All of this forward-looking comes from our perception of commitment. We are creatures with calculating brains that tell us to look before we leap, to look both in front and behind our body before committing it to motion. Circumspection equals safety.

So how does this relate to the act of apologizing? I would like to offer that the good Dr. Ivan Pavlov would offer some insight.

Pavlov famously demonstrated that a specific stimulus can invoke a conditioned response. Put simply, he rang bells before feeding a group of dogs, and soon the mere act of ringing a bell caused the dogs to salivate in anticipation of mealtime. Repeated exposure to the stimulus (bell) produced a response (salivating) because those two actions had been connected via the food.

Now letâ€™s return to our original formula: â€œwoman has problem with manâ€™s action, man disagrees, woman complains, sees it again and takes issue, fight ensues.â€ How can the woman diffuse this situation? Perhaps when her husband leaves the toilet seat up, she can simply not say anything. Well, what would that change? Man could just continue to leave the seat up, as he has been shown that â€œleaving the seat-up = no complaint.â€ This is an obvious failure.

Letâ€™s try to let the man diffuse the argument now: woman complains, and man apologizes and promises to change his ways, and does everything in his power to never forget again.

Why is this unrealistic? Well, for many men, direct, unquestioned obedience to the first complaint of your woman is a bit akin toâ€¦complete emasculation. The fear is that the man is being conditioned to surrender all of his power in the relationship to the whims of his mate. Likewise, if the man does not acquiesce, the woman must fear that the man will be conditioned to ignore her complaints.
In other words, giving in to your partnerâ€™s strategy is a surefire way to have them repeat that strategy; after all, it worked. Think of it like babies and crying: if you run to them when they cry, they will cry at every opportunity. Ignore them a bit, and they will soon learn that crying isnâ€™t the cure-all they thought it was.

The ideal (and admittedly impossible) solution to all of the above is to judge each situation in the present. Donâ€™t worry about what has happened before. Donâ€™t worry about what â€œconditioningâ€ will result from a sincere apology and a promise of amends. Live in the moment and judge each quarrel on its own merit. A couple that makes good-faith steps in this direction will perhaps find that most disagreements can be deflated before they become ego-based arguments.

Now, if only world leaders could view each other through the same lens, we might be able to work on that whole â€œworld peaceâ€ thingâ€¦