It has been a while since I last written on this blog and I am not sure where to start to explain where I have been. 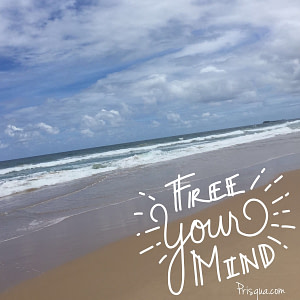 Nearly three and half years since I returned to Australia after staying almost two years in London. It took me at least two years to settle back on the Sunshine Coast. I must say, it has been an interesting journey, though not the end. I still have plenty to sort through.
I came back and stayed at my ex-husband’s house with the kids. I was not in a good place emotionally so it took a while to figure out what to do next but I think now, finally, I have a clearer mind. Or maybe it is because the New Year is just around the corner and my mind is telling me, like every year, next year is going to be my year…

Two important things I had to do first was to find a place to live on my own and to find a job. I only moved out after having an argument with my ex-husband I had started to look for a place but got a bit disappointed when I missed out on a studio to rent. It was nothing to rave about so it took a while to decide whether I should take it. However, when I called back the same day, it was already gone. A couple had paid cash and moved in on that same day. So when I saw this ad on Gumtree for a one-bedroom house for rent, I went for it. I was not impressed when I visited the house. It looked depressing even, but I took it anyway and it was my best move in a very long time.

It took me a while to settle in my new home, but I ended up loving it and I was literally heartbroken when I had to move out a year later.
Then I had to decide about what to do financially. I was not too keen on working for someone after my job in London, so I started my own business. One of my passions is to help people. Another passion is to blog and set up websites, so I started a consultancy to help small business owners; the ones that usually don’t understand much about the online world and would be the prey to the predators who only want their money. My business is called Something Simple Will Do.

I’ve had that domain for a few years. Like a few others, I just bought because I liked the name. My teacher did not like it and recommended something that had some of my keywords such as web design. To me, it was too cliché. I did not want my business to be the same as others. I wanted my business to be built on my beliefs and the desire to help people not being ripped off on the internet.

I joined this class as it was supposed to help you start your own business called the NIES program. I think it was pointless, or at least it was to me. I did not learn anything that I did not already know about. Out of the 13 students, I am not sure how many are still in business, or at least in the business they started while in the program. But it was a good thing because I got to meet new people and made new friends. Actually, that was the best part of it: making new friends.

The next thing on my to-do list, was to find love again, so I went back on dating sites. This was when Tinder came out and then all those new dating apps with the swiping left or right, heart them or cross them followed… the new era of dating sites… it became my worst nightmare! But from my experience was born Stuzz.com with 2 of my closest friends. There we just rant about anything that has to do with dating, love, and relationships while looking for guest bloggers. And no, I still have not found THE one. Or maybe I did, but… it is a long story… a story I will tell one day though… And this is where my other mission in life came through…

I’ve always wanted to write a book based on my life experiences. I’ve always kept a journal, on and off, but my passion to write stories has always been strong. And now, with a world filled with smartphones, apps and clouds, there has never been a better time to have a journal because it is with me all the time. I can access my journal on my iPhone, my iPad or my laptop! It’s awesome! Oh I love technology!

So for a bit over a year, I have been writing, and 111,000 words later came Chasing Rainbows, Parallel Shades of Normality. I wanted to publish before Christmas but decided not to for financial reason. I have signed the contract so I cannot go back and on the 11th of January 2016, the publishing company will start working on the first round of edits and it should be published about a month later. Come to think of it, wouldn’t it be nice if my book came out on Valentine’s Day since I still never had a Valentine’s date? I’ll have to talk to my publisher about it …

Another thing I went back to is gaming. I love my Xbox One, and lately I replaced my Day One Xbox with the new Elite one and I love it. Jag and I have stayed friends and we still play video games together. He watched me unwrap the Xbox One as Australia got it before the USA which was a priceless moment. When it first came out there was no co-op games and none of our friends were on Xbox One. Some of the name’s on my friends’ list I did not even remember so I deleted my friends list. It was just Jag and I until we started to play a game called Destiny and that changed everything. In fact, I have never spent so many hours on one game (well okay maybe I did with the Sims…) but through this game I got to meet some amazing new people.

Two of my most popular blogs were my Sims 2 and Sims 3 ones and of course I did start a new one when The Sims 4 came out, but I never really got into it though it is my goal to still write about it. And it was also the same time as Second Life. I logged in occasionally but I don’t have many friends left on there and the few that I have are not there when I log in. I would love to bring back my Sex and The City blog. So at some point, I want to try to dedicate a few hours a week just for Second Life. My problem: I have to resist the urge to spend money on there…

The thing is, I am also studying this year and I have to admit, I am several months behind and stuck on an assignment that has made me loathe this course; Certificate IV in professional writing and editing, but I’ll get back into it. After all, whether I pass or fail, I still have to pay for the course and I’ll be damned if I do the same with the counselling course I started and paid about $5000 and never finished it. So I won’t let this happen again. One important aspect of my current studies though, is that I have to write daily and that should not be difficult. Mind you, free time for me is always an issue. So many things I have to do or want to do. I don’t even know the meaning of the word ‘bored’. But I have a plan! And, I think I have found my ritual time.

Now it’s your turn, what have you been up to lately?

Until next time, have fun!