Life is all about facing challenges

Welcome to a new weekly roundup which so far does not happen on a weekly basis like I want to. But I’ll get better.

Last week has been a sad week for me. Someone I care about has upset me. As much as I appreciate honesty, truth hurts. These are not things I wanted to hear but I’m working on it. I had to tell my friends when they enquired about the situation, the boyfriend of one of them was shocked. He said: “That person is horrible. If you don’t have anything nice to say, don’t say anything. Even taken out of context, no matter what excuses you are giving that person, this has nothing to do with being honest. This is just being a horrible person and not fair on you because you have done nothing wrong and you are left hurting for no good reason. Horrible person.” I am still not sure how to take in what happened but I am working on it.

The good thing about it though, is that I am more productive when I am emotional. So overall it was an excellent week.

I studied a lot this week to catch up on being slack with my studies for the past few months. I have three months to finish my Cert IV in professional writing and editing so I can move on to something I will enjoy more. 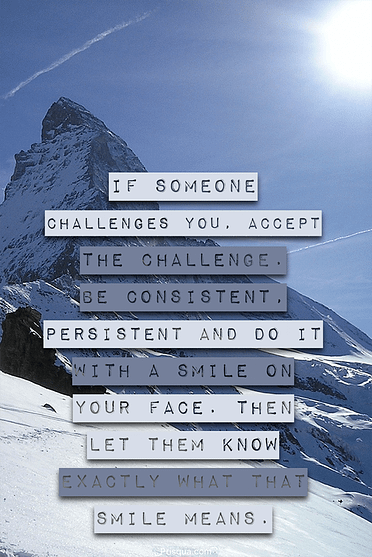 I also realised I had to have a solid plan otherwise I won’t go anywhere. So far, looking back, I’ve never had a plan, or if I had I did not follow it. I don’t have any excuses because I have an awesome will-power when I want to so I know I can. How else would I have quit smoking in the midst of a tenuous breakup with my now ex-husband 11 years ago? All it took was a little challenge.

I went to see a hypnotist because my ex had been referred to one and it worked for him. Well for 3 days. He is stubborn. Not as much as me or rather, his stubbornness is different. I am right, always. This time, he is right by proving he can go against something. So in this case he had to prove he could reverse the effect of hypnotherapy. Very stupid if you ask me, but that is how his mind works.

When he came out of the clinic, he did not feel like smoking at all even though there were people, our employees mainly, teasing and testing him with their cigarettes . It took so much effort to revert back to smoking because every time he inhaled that smoke, his mind was telling him he hated it. But after three days the spell finally broke and he was smoking again.

When I came out of the clinic, I wanted a cigarette. I smoked a cigarette before I went in and I kept my last cigarette in the packet in my handbag. I thought it would be nice to keep a symbol of the day I stopped smoking. I kept that last cigarette for many years. Until my ex-husband found it and smoked it. It’s a wonder why we are divorced.

When I went back to the office after my session, I wanted to smoke but I pushed that thought aside and kept it at bay. My nephew thought it was funny and said, laughing in my face, “by tomorrow 5pm you will be smoking again”. Of course I had to prove him wrong. Now it was no longer about smoking or my health or the money I was wasting. It was about doing something people – family and close friends thought I could not do. Challenge accepted. I did not stop overnight though. Maybe the hypnotherapy helped a little bit. From a packet a day I was smoking only a few a day, then gradually went down to one a day within a month, and then to zero. I also put on a lot of weight as I had replaced my cigarettes with bubble-gum, it was like eating a teaspoon of sugar each time, too many times a day.
Some of my friends were in awe because I was going through a separation and could not comprehend how I could manage quitting cigarettes while under stress. I also had to move house and my ex barely lift a finger because he said it was my fault: I was the one who chose to end our marriage this time around. It was a strenuous task but also between packing, finding a new home, the kids, I was busy. There was no time for self-pity and no time for cigarette breaks either.
When you really want something, you can most definitely do it. You just have to want it and want it bad. But it’s so easy to become lazy and complacent. It is so easy to come up with excuses to not do something. But there are so many things already happening this year I had not accounted for, it does not leave me any choices. This year I have to get my shite together.

I have started to organize all my blogs. Decided on the few I will delete and the ones I will keep. I have not written any posts except maybe for a couple on Stuzz.com since my last post on here. I have also posted our first short story on SlexandTheCity.com. I should be able to post another short story next week and writing a third one as we speak. Illustrating them with the use of The Sims 4 is taking me a fair bit of time but it is an awesome excuse for playing game while working.

Daughter and her boyfriend have decided to build a house this year so this is a major change of plan in my life which I’ll write about another time. But the interesting part is watching the two arguing about it. As this is only the beginning, I predict it will get worse. At first, I thought it would be hard for him, knowing my daughter. I even patted him on the back with a “Good luck, mate, you’re going to need it,” while looking at Daughter but, he is a man so when it concerns a home, men and women think differently. And those two will have a hard task of finding compromises. Compromises are part of the foundation for a good relationship I think.

Fitness wise, I have written one post there about taking small steps. I walk every day, making sure I do at least 8000 steps. My Fitbit is still giving me a scare every time it buzzes me to let me know I have reached my daily goal. I am still second on my leaderboard though and that is bugging me, but, it will change soon enough. Or maybe not if Ben decides to buy one, then I will probably go down to third place :(. I also downloaded a few fitness apps to review.

Of late I am spending a bit too much time on Tumblr. I have had an account on there for many years but never spent that much time on it. It has become a little bit of an addiction in the morning. I have to monitor it because I really do not have time to waste and that is why I get up every day at 4:30am. But Tumblr is also a true gem for writers and found some very inspiring texts.

I’ve decided to follow a book reading challenge this year which I wrote about on ChasingRainbows.xyz.

That is all for now, until next time, have an awesome time and keep smiling!