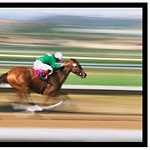 Those of you who have been following me for a while, should already know that I love celebrations! When I’m in America, I love Halloween, and I got really homesick this year, since I didn’t get to go… I have already described you some family meals back in France, and since I have been living in Australia for the past decade or so, I have also grown accustomed to some local celebrations as well. Today, I want to tell you about Melbourne cup, which is tomorrow, Australia’s most famous Tuesday!

The Melbourne cup is a big thing in Australia and is celebrated all over. It is a major Thoroughbred horse race known as “the race that stops a nation” (or even two, since New Zealand also enjoys this event). Sports fans may be interested to know that it is the most prestigious “two-mile” handicap in the world, and one of the richest turf races in the world. This event is held every year around 3 pm on the first Tuesday in November by the Victoria Racing Club, on the Flemington Racecourse in Melbourne.

This is what American writer Mark Twain said of a visit to the Melbourne Cup in 1895: “Nowhere in the world have I encountered a festival of people that has such a magnificent appeal to the whole nation. The Cup astonishes me.” I felt somehow alike the first time I experienced the festive atmosphere and the colorful event that involves everyone this specific moment of the year.

But, how come a horse race became so huge? What turns the Melbourne cup into such a popular event? The race sometimes has over 100,000 spectators, some of them wearing traditional formal race day outfits or other exotic costumes. In fact, believe me when I say that race day fashion is as important as the race itself! Melbourne cup is said to be an urban fashion parade. And flowers are also important, since they have a special meaning.

In Melbourne, the race day has been acknowledged as a public holiday ever since 1877, but since 2007, all Australia has recognized Melbourne Cup Race Day as a holiday. Everywhere in Australia and New Zealand most of the people watch the race on television and make some kind of bet, either through direct betting or in some kind of informal gambling, which takes place in most workplaces.

What I like about this holiday, even though I’m not a huge horse race fan myself, is the party atmosphere that surrounds everything and everyone! The race, I think, is just an excuse for getting together and celebrating. We have a race track down in Caloundra so you can go there or celebrate it at the pub… Even those of us who don’t usually bet, enjoy trying our luck entering into a “sweep”. Hey, you may end up making some money to pay for the drinks!
Anyway, I find the Melbourne cup one of the most colorful and entertaining events here in Australia, and I wouldn’t miss it for the world!