The ex of the ex 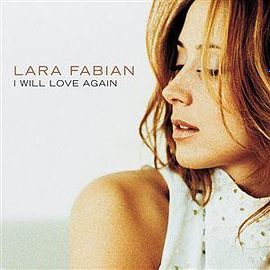 Working for a shopping centre’s management office has its advantage and disadvantage…. The advantage was discounts in most stores…  The
disadvantage was that I could not hide anymore!  Forget about being anonymous! Some kids recognized my voice when a couple of time I had to do the customer service announcement…  How on earth did they know?? Am I the only woman on the Coast to have a French accent?

And so I ran into my ex-husband ex-girlfriend – the 20 something years younger – 3 times… and when I say running into her I mean it literally… just seeing her from far far away would be too freaking easy!  She also lives around the corner from us my son tells me…. great…. did warn him not to ever tell her that we also lived around here…  Some “things” are better left in the past…

Anyway I went for my daily walk to the beach yesterday and on my way back stopped at the “beach” gym as usual… As I was sitting on one of the equipment I said “hi” with a big smile on my face to a girl who was exercising… realizing just as I was saying the “hi” that she was the ex-husband ex-girlfriend – the 20 something years younger… yes…  we meet again…  She did responded with kinda of a smile but she did not stick around and took off running…. I watched her run away – she had put on a lot of weight -. but could not help myself smiling as I was watching her running away until she stopped to walk in the very not so far distance… lol

Did I scare her off?  I mean… that was quite a few years ago that I tried to hit her with a piece of granite…oops my bad…lol  It was not her fault though, she was as much as a victim of my ex-husband as I was.  Except at the time I could not see it that way! I am not a violent woman but that man has pushed me to my limits quite a few times and she happened to be in the middle quite a few too many times so my right to be  pissed off!

I tried to give her a chance so she could stay and work for my ex-husband – not my idea, but he begged and begged because he desperately needed help in the office and she knew the job well and I had to admit she was good at  it…  When she first started working for him, we were separated but I did warn him: don’t fuck your assets! Did he listen? Of course not!

It was the second time I had to deal with an ex-girlfriend of his… But today I would gladly hand him over to them in a silver plate… no second thoughts!