A few weeks ago, I played the open beta for the upcoming online open world, third-person shooter and role-playing video game Tom Clancy’s The Division. It will launch on the 8th of March 2016 in Australia and I am so looking forward to play the full game.

I spent over 1800 hours Playing Destiny by Bungie, which was the most I had ever played for on a single video game. I played Resident Evil 5 a lot because of the co-op but I doubt I ever spent that many hours. After spending about 40 hours playing the Open Beta, it looks like I will be spending the next 1800+ hours on The Division. As a casual and social gamer, I thoroughly enjoyed the gameplay even if it was limited.

Players are comparing The Division to Destiny. I was not sure why because the settings seemed completely different and they are. After playing the open Beta, I told my friends: “It almost feels like Ubisoft took into account the complaints raised against Destiny”.

What reminded me of Destiny was the Armor upgrades, the vendors’ regular re-stock and the fact we are playing as a team. It also reminded me of Grand Theft Auto, not that I have played it much. But I do remember being able to customise my character’s outfit with new pants, shoes etc. You can also do that on The Division to make your character unique. Though I am not sure to what extant the range of clothing will be to make it that unique.

What I think is missing is a vehicle of some sort to move faster. Imagine playing Destiny without a sparrow to travel. My team and I find ourselves running from one place to another a lot, occasionally running into AI enemies. The running in the game seems endless at times and while in the Dark Zone you cannot use Fast Travel. So you will end up running a lot, and by a lot, I mean it. I doubt Ubisoft will introduce vehicles. Due to the environment, cars would be impossible to drive. Motorbikes could do but a hoover board would be handy and so cool.

What I wanted to see in Destiny was a better way to communicate with other teams or even just players in general. In The Division we have gestures as there are in Destiny. In Destiny those gestures mean nothing, it is for show. In The Division, it means “Hey I’m a friendly” or “please don’t shoot”. But the best part is that you can talk to any players live as long as you are close to them (and you have a mic of course). So this game is best played using the game chat or at least switching to game chat when you are up close to other players.

You do have to remember that anyone on game chat can hear you. I guess it takes a bit of use to it. If you start planning with your team out loud on going rogue, chances are the guys you intend to attack will hear you. Probabilities are they will start shooting you before you have time to execute your plan. We did just that and in an instant we had a whole army running after us. “Run! Keep running and don’t look back!” was all I heard from my teammates in those impromptu moments.
Going rogue is one of the main features in the game. You either play nice or go nasty by shooting anything that move (including rats, birds and dogs besides other players). Going rogue can be fun and annoying but it is one way of earning Dark Zone’s currency to buy new weapons and gears. Or you can concentrate on hunting down rogue players and play nice.

You will find AI enemies roaming around the city so you don’t have to just shoot other players. But we have been in situations when trying to shoot AI enemies, you end up shooting another player. Shooting your teammates does not matter but you can go rogue quite quickly with accidental firing.

You also have to watch out for the sneaky players. As I was waiting for extraction with three friends, a guy approached us. He did not say anything to use, did not reply to us and seemed to be inspecting each one of us. As extraction was about to happen, he puts down a turret right on the extraction point. Lucky one of my team members had a feeling of how it was going to go down so we fired before him. After all, it was one guy against four, risky but he took the leap of faith I guess. So there is a lot of backstabbing in this game. Your play style is up to you.

We encountered a team, pissed off because a player shot down one of them and stole the loot. Other times, war between teams had been “declared” and they wanted us down as much as we wanted them down. While it can be fun for 10 minutes, it quickly gets boring as well. In the end, we had to get to another entry to the Dark Zone to avoid them altogether. During the Beta I also learned that some players are just plain mean for lack of better words. A guy shot me and came up on top of my lifeless body and said: “Take that bitch!” Which I think is equal to T-bagging in Destiny maybe? Lol Respawn is not instant so you can see and hear what is going on while you’re down. 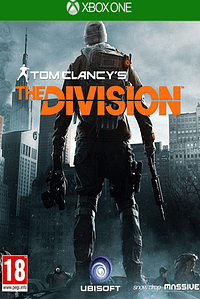 In the Dark Zone, one of the goals is to kill to find as weapons, gears, clothing, materials and mods which is like what we do on Destiny. Players need to extract whatever they pick up in the Dark Zone to bring it and use it in the Safe Zone. When you extract, it goes to your stash which you can only unload at Base Camp in the Safe Zone. Your inventory is also limited so you need to do regular trips to Base Camp. Back at Base Camp, you can sell, keep or deconstruct for parts. Parts are for crafting which Ubisoft disabled in the Beta.

You can play the game on your own or with a team of up to 4. It seems Ubisoft has made sure that the game is playable solo unlike Destiny. Destiny has several forums and sites to help you find people to do missions and raids. In The Division, because it is so easy to communicate, players will often come up to you to talk. They will ask if you have a spot in your team or if you want to join theirs. Some of them will just follow your group. I played The Division over just one weekend and I have already added a few people to my list of friends. So it won’t be hard to find other players to play with even if you don’t know anyone on Xbox live or none of your friends will be playing that game.

They have made it easy to join groups (=team). Though I wish we could see who was in a group as we see who is in a Fireteam on Destiny. It is hard to tell if your friends are already in a group unless you can’t join them. Sending a message is not complicated. But from past experience with Destiny, to be able to glance at a fireteam’s members can be handy.
There is a campaign side of it though I’m not sure how the story will unfold. Another similarity with Destiny are the side missions. It seems we will have something new to do on a regular basis if not daily.

The dark zone is where the multiplayer’s side of the game is happening. The great part is that you just walk to one zone to the other with your group or by yourself. One member can stay in the Safe Zone while the others are fighting for their life in the Dark Zone. There are NO loading screens ever unlike Destiny which takes forever to go from one planet to the other.

The world is beautifully detailed but needs to be more populated. In both the Safe Zone and Dark Zone I feel there could have been more AI enemies. But the rumour has it that Ubisoft restricted the AI enemies respawn points for the Beta.

Tom Clancy’s The Division is an RPG with a vertical progression. In the Dark Zone, when you die, you lose currency and experience. If you die as a rogue agent, you lose even more. Being a casual gamer, it did not bother me but I heard a lot of players complaining about their rank changing all the time.

I had a lot of fun and I am looking forward to Tom Clancy’s The Division. I got the digital version with the season pass so I could pre-download the game. The Division launches worldwide on the 8th of March 2016 at 00:01 for Australia. Different time and dates will apply depending on your time zone. Check out Amazon for pricing and more info.

See you on The Division.