A Weird Kind of Vampirism And Other Menstrual Myths 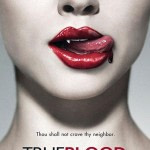 Many years ago, my ex-husband’s grandmother explained me how she could not understand why her grand-son in his teenager years was so infatuated with that girl… she reckoned in New Caledonia a woman will put a few drops of her menstrual blood in a man’s drink to make him fall in love. Ewww, that’s disgusting!

I remembered that story as I was listening to the radio. They were talking about celebrities weird fan gifts and Enrique Iglesias said he received a used tampon. My friend and I just looked at each other and just wondered why on earth would you do such thing and what could possibly go through a woman’s mind that a man would find that attractive? Actually, would a man find that attractive even? I know my boyfriend does not like that time of the month so I don’t think he would appreciate that kind of gift…

However, all this stuff about love and blood made me think about vampires, how this myth is today more alive than ever (thanks to best sellers as Stephenie â€œTwilightâ€ Meyer and Charlaine â€œTrueBloodâ€ Harris, cool books by the way). Bloodsucking beings that break into the virginâ€™s bedroom, where sheâ€™s lying in bed waiting to be… sucked? Yeah, most of them scream (at least in the movies) when they are actually praying to be taken! The vampire is a sick but yet sensual and intriguing figure most of them would voluntarily surrender to… Is it possible that all those myths and stories are related to menstrual blood somehow?

It really made me wonder. So I started my own search online and guess what? I found out there are many myths, mysteries and legends regarding a womanâ€™s period. Ancient cultures kept wondering how come us women could bleed for so many days every month without being injured, and they noticed how the same happened during childbirth. It didnâ€™t take long to put two and two together, right? Wrong!

Menstrual blood was still considered something mythical, sometimes a blessing, sometimes a curse. For example, Taoists and Ancient Egyptians mixed menstrual blood with red wine, trying to increase spiritual power (this would mean my ex-husband’s grandmother wasnâ€™t far from right!). Also, Ancient Greeks used to spill the Earth with corn mixed with menstrual blood in order to increase fertility (is it just me or is all starting to make sense?).

Indeed, for the Greeks, menstruation was a significant time. I didnâ€™t know that the term â€œmenstruationâ€ comes from â€œmenusâ€ (both moon and power) and â€œmenâ€ (month). A womanâ€™s bleeding was considered a cosmic event, and she was at the height of her power that time of the month. Western culture, on the other hand, has lived menstruation as a curse. Why, if not, would every tampon add try to focus on hiding it, avoiding it, keeping people from noticing?

What happened in between? Even when the first human cultures were Goddess-centered, soon the tide changed. Patriarchic and militaristic societies took the dominant place, and women came to occupy a secondary place in societies. And so â€œmoon powerâ€ was distorted into a perception of â€œuncleannessâ€ and impurity and menstruating women were sent apart.

A woman with the period was almost considered cursed: no one should approach her, since her body and her behavior were said to be altered. Hey, even today there are cultural studies that support the rejection which surrounds the period in our Western culture is at least partly responsible for the physical discomfort that most of us women go through each month. Isnâ€™t the period something natural? By the way, it isnâ€™t true we canâ€™t exercise, take showers, go swimming or wash our hair. We can even have sex, and it will relieve cramps.

You know what? I think somehow men still fear us. They sense us women could claim the ancient moon power we once embodied, so they have taken us to reject menstruation even when it is a part of ourselves… and that is why we find stories as the one my ex-husband’s grandmother told quite disgusting.