Welcome to Westeros! A Game of Thrones TV Show Review

OK, so the world’s most pirated series has a new big fan! Better late than never! One thing I am looking forward to this year is the new season of Game of Thrones. My daughter kept telling me this show was so bad, and I wasn’t feeling very much into dragons and sex… And you know how sometimes everyone keeps pushing you into something and you somehow resist it?

A lot of my friends kept telling me to watch it, so I finally decided to give the Game of Thrones series a shot. A few months ago I did a marathon and watched it all -and absolutely loved it! Yep, it’s very sexual and a bit gory, as I suspected. I have never seen so many main characters die in one sitting. But still, can’t wait for the next season to begin!

Before you go on reading this article, and just in case you are a huge A Song of Ice and Fire fan and you are going to be all Axis of Awesome on me, NO, I did NOT read the Game of Thrones books, and I’m sure they are amazing and “soo much better than that Game of Thrones TV show”, the thing is, these days I don’t have enough time to finish all the five volumes. Hey, there’s also a Game of Thrones board game and I haven’t play it either! And even if I did, as I’m enjoying the show so much I wouldn’t like to spoil it by knowing in advance who’s going to sleep with whom or whose head will fall the next.

Anyway, I still have some ideas on the differences between the books and the TV adaptation because my BFF read the whole series (and she’s desperately waiting for author George R. R. Martin to publish the remaining two!). Without any warnings, she has told me all this so far:

Tyrion: Peter Dinklage’s character is way better looking in the series than in the books. He’s very handsome and has such a deep voice… Anyway, I don’t think the Imp could get any better! He’s my favorite character so far and I hope he survives for at least one more season, if that’s not too much to ask…

Sansa: Silly, silly girl… and yet, another one of my favorite characters. Apparently, in the books she’s not as naïve as in the series, at least not in the fourth or the fifth. I wonder if this has to do with the purpose of making the character younger when the beautiful actress isn’t obviously a thirteen-year-old any longer. Speaking of which…

The characters’ age: Westeros medieval society portrays a world in which there’s no such thing as adolescence. Thus, characters were very young in the book for our modern standards. For example, in the books, Dany is only thirteen years old when she has that first sex scene on her wedding night. Or take Bran, who is only seven when he’s pushed down the tower after witnessing the incest scene. I read in a page of the Game of Thrones wikia that the reason the children are older in the TV series than in the books is because TV production laws couldn’t allow younger actors portraying those sex or nudity scenes.

Added scenes: One of my favorite sub plots was the romance between Loras Tyrell and Renly Baratheon. Well, apparently, the whole thing is just suggested in the novels, and never shown as graphically as on screen. Or when that amazing love-to-hate villain who is Joffrey psychologically tortures the prostitutes and forces one of them to do horrible things to the other… I was told that it is pure HBO! Evidently, TV producers cannot count on us viewers on having such a powerful imagination as readers, can they? 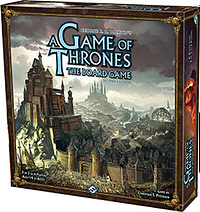 One of the most difficult challenges us watchers have to deal with is avoiding spoilers. I don’t understand why book fans can’t just let us enjoy the show without going on like “Oh, if the Red Wedding surprised you, wait until you see what happens in Joffrey and Margery’s wedding…” For Gods sake (pun intended), if that’s so great, why don’t you just let me enjoy it in its own time? Do you need to rub it in my face that you are such a huge reader?

As for myself, I try to keep away from Facebook pages, forums, discussion groups and so on, but the problem is, I’d really like to talk about the show without caring for spoilers! Why can’t I just check a Game of Thrones recap without someone spoiling something on the comments below?

Game of Thrones Characters we love –and why we love them

Besides the striking theme song and the marvelous shooting locations, I particularly love this show because of the great characters portrayed in them. With a few exceptions, there are no “good guys” and “bad guys”, most of them have their ying and yang. For example, Cat: she’s a good mother who misses her children a lot and wouldn’t hesitate in killing her son’s attacker, but at the same time, she can’t stand Jon Snow, the bastard child who constantly reminds her of her husband’s affair.

Or take Jaime Lannister. He used to be a proponent douchebag who happens to nail her sister… but after the third season and all his dialogues with Brienne, we learn that there’s more to him that meets the eye. I don’t know if it’s because of his looks (yummy, by the way!) or because of his sad story, but he kind of reminds me of Sawyer from Lost.

To sum up, I think the main reason we love Game of Thrones characters is because they have flaws, they are humans, and they are imperfect. Just as we viewers are.

So, looking forward for what Game of Thrones season 4 has to give! How about you? Have you read the books? What do you think of the changes that have been made for the TV series? And most important, who is your favorite Game of Thrones character and why?