Have you heard on Diaspora yet? It is a new social network that is supposed to change Facebook’s reign on the Internet. It was created by four college students, who present their creation as “the privacy aware, personally controlled, do-it-all, open source social network”. The name choice caught my eye: diaspora is a Greek word that means “dispersion”, and this word is used to refer to a movement or migration of a group of people. Does this mean that war has been declared? Are we all abandoning Facebook for good? It sounds unlikely to say the least. With 500 million users, Facebook seems to be hard to beat.

And still… back in the days, remember the old ICQ and good ol’ chatrooms? Who could possibly imagine that in few years they would be useless? Remember when Yahoo was the most important search engine –and one of the top providers for free (yet, space limited) email-? Until one day, Google came along and erased the Big Y off the web map… It seems that every popular site on the Internet has an expiration date. Are we just hungry for novelty? Alternatively, is it that, when sites get an enormous amount of users, they believe themselves invisible and think they can do whatever they please?

Facebook’s privacy policies were the reason that moved four dissatisfied college students from New York University to create an alternative. Indeed, for the past months, more and more people find Facebook’s explanation of its users’ data exposition, less than persuasive. And Diaspora promises something Facebook lacks: privacy! Those four kids began their project by seeking funding through Kickstarter, a website in where people can donate money for a specific project (See Crowd-Funding). And, guess what, they found out they weren’t the only frustrated Facebook users: even though they had originally asked for $10,000, they received 20 times as much!

Now the site is being tested, and the founders announce the news in their blog. Some developers already have access to the appropriate code. And even when the site is not available yet for the public, it certainly promises to be a hit. Facebook latest announcements about changing the privacy policies… are in anticipation of what they know will hurt them bad? 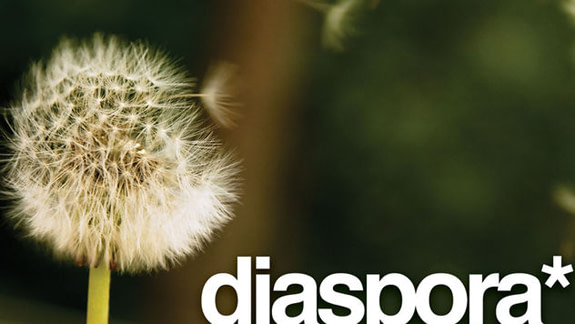 The basic premise is that each Diaspora user will have their own encrypted, customizable “node” on the Diaspora network. That means you’ll keep your personal data live on your computer instead of a centralized hub. Except for photos (for now), all traffic is signed and encrypted, reflecting Diaspora’s commitment towards privacy. Apparently, some of Diaspora functions will look similar to Facebook, such as sharing photo albums and the user’s status. The service integration will help new users keep their friends’ lists to facilitate the system migration. Diaspora also promises to be cross-platform, so anyone with a browser can have access.

Will this be the end of Facebook as we know it? We can’t tell for sure. The only thing I know is that I, like most users, are open to trying new things. And if those things happen to work, why going back to the old habits? What are your views on Diaspora?