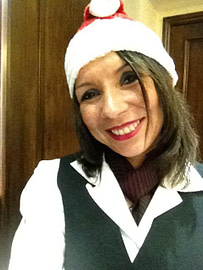 Unbelievably, it is my third happy new year post ever since I started to write on my blog! Three whole years have passed already! 2009 passed…  2010 passed… . Now 2011 is also part of the past! And what a wonderful year it has been in my personal life, despite the fact that there are many things going on with the world that are not quite as nice. Let’s see.

It is hard to believe that it has been nearly a year since I arrived in London (which was January the 18th), and that the New Year is already upon us. 2011 has been a thrilling and challenging year, but lately life has been awesome for the most part. A cool job, awesome friends, and a few boyfriends here and there…. yeah… I can honestly say that life is OK at the moment 😉

For most of the time during the Christmas period I have been working, but we also celebrated Christmas at work and boy it was so much fun (Thanks J). December the 25th in England is a day where all shops are closed, and there is no transport available… besides cabs which charges even more on that day. There is little to do outside, besides it is so cold! Thus, in most places, where available like in a hotel, the staff gets to stay for the night. I live walking distance from my workplace, so it was not an issue for me, but still, I spent most of the three days at work with my colleagues… It was quite fun!

The 26th of December starts the big sales in Oxford Street, with shops opening from 7am… It is called ‘boxing day’ for a reason I couldn’t determine. According to some sources, it is because this was the day that churches would distribute the charity contents of the ‘Christmas box’ to the poor. Others say is that people traditionally gave a box with gifts and food to their servants. Anyway, it reminds me of black Friday in the USA. Sorry, but having to queue to get into a shop is just nor for me! The only reason I went there was to check if there was any good special on video games, and to have lunch with one of my very good friends. Until all of a sudden we were caught in a massive crowd, loud sirens, police cars, ambulances, cops shouting at us to go that way! A big part of Oxford Street was closed down. For that amount of noise, I thought somebody had been run over by a bus or something… We later learned that someone was stabbed to death: it was a man that apparently got into an argument. It happened outside Foot Locker, a shoe shop, at about 1.45pm. Hey, I’m not making this up, check out the source here. 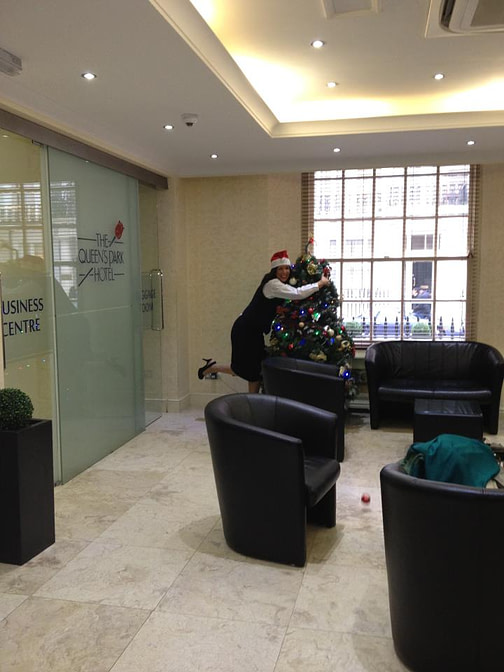 Holidays aside, when it comes to my year 2011 it was pretty good. The rest of the world may not have done so well. The global crisis has hit many economies, with Arab Spring spreading through Middle East, and Europe and America too with the ‘Indignados’ from Spain and Occupy Wall Street and all… Hey, even in London we experienced direct consequences with the riots.

It was not an easy year, was it? And it is not all about the economy either! We still have no clue on how to solve Global Warming and time is running out… The earthquake in Japan, along with other natural disasters, was a huge tragedy (although the people in Japan are quickly recovering thanks to their strength and solidarity). There have been many significant deaths this year that have made the front pages of newspapers all over the world, Steve Jobs was probably the one most people spoke about. Of course, there were also many celebrities having babies and all, and global population reached 7 billion.

Anyway, let’s not get depressed! I know, I know… this time of the year is ideal for making huge reflections on life, and how we are doing. Global problems aside, I feel satisfied with myself, as I previously said. I would have to write down here my New Year Resolutions, which I won’t, in case I can’t fulfill them, LOL. Let me refer to the things I have done, instead of focusing on what I am still wanting.

I have got more experience with relationships than a year ago. In this aspect, I believe you are constantly growing wiser (or else you repeat your old mistakes). For example, now I know a little more about how to use a Facebook profile.

I do not always have enough time to do what I really like, but in 2011 I made myself some time to start reading again, which I’m proud of. Indeed, I have read more books than the previous year. I have already exchanged my impressions on some of them here , and here.

Technology is really useful and necessary, but this year it drove me pretty crazy sometimes! However, I had made myself the resolution to take unsolvable problems lightly, and so I tried to laugh at myself in this kind of situations. Then, I wrote about my love/hate relationship with my laptop and my smartphone dependence… Did I mention I have the iPHone 4S now… I hope I made you smile!

Sometimes we feel there is nothing we can do to help people around us, when we actually have the power to write about their problems. For example, women abuse , creating environmental awareness, or recognizing the job of those who work with the ones that need them the most like this Special Yoga Center . This year I have made a conscious effort to use this blog to write about important causes, supporting them and calling attention. I only hope there are at least a few people out there who have benefited from such posts. In fact, only one person will be plenty!

Anyway, I think we all need to be the best possible person we can be, with our flaws and with our qualities, help the ones around us the best we can, and live one day at a time. The rest… is not up to us.