My impressions on the Super Bowl – Go Packers!!! 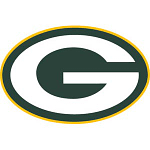 Ok, so 2011 Super Bowl has passed and Packers won! A few days ago we had the chance to live one of the most exciting nights of the year, for sports fans as well as TV fans! Like I said once before, even though I’m not a huge sports fan myself, I do enjoy the Super Bowl because it gives me the occasion to hang out with friends, have lots of fun watching great commercials, and eating some snacks!

Last Sunday it was all about Packers versus Steelers. The Pittsburgh Steelers and the Green Bay Packers engaged in an epic match that was held at Cowboys Stadium in Arlington, Texas. As you all know by now, The Packers defeated the Steelers by an exciting score of 31–25. The morning after, newspapers all over the world were discussing the poor performance of the Black Eye Peas during Halftime show, as well as Christina’s fumble while singing the national anthem.

I expected the game with lots of anticipation. Weeks previous to the Packers vs Steelers game, I got engaged in a hilarious chat with my friends Tony, from the Sunshine Coast in Australia, who totally supports the AFC team and Steve, from Green Bay. Even though he had high expectations after his team had beaten the bears, Steve and I told him there was NO WAY the Packers could lose so easily… after all, they have 12 (sorry, 13!) world championships, more than any other team… Poor Pittsburgh had little chance with just 6 Super Bowls.

The Green Bay Packers have been playing since 1919, and became a professional football team in the National Football League ever since 1921. Something curious is that they remain the only publicly owned company with a board of directors in American professional sports. Besides, their team name is the oldest still in use in the NFL.

This Super Bowl is perfect for celebrating their 90th anniversary, don’t you think? I’m so happy they won! And that was not all! Packers quarterback Aaron Rodgers was named Super Bowl MVP, completing 24 of 39 passes for 304 yards and three touchdowns. Quite impressive, isn’t it? Now, after the exciting game we watched on Monday, I can officially announce I’m a Green Bay Packers Fan 🙂

I can’t write my post about the Super Bowl without saying a few words about this year’s commercials. As I’ve told you in a previous post, Super Bowl commercials are a huge part of the fun. This year, I specially laughed with good old Ozzy Osbourne and cute, young Justin Bieber! I also liked The Force (Darth Vader) Volkswagen 2011 Super Bowl Commercial Ad!

After the game, even Tony had to admit that the Packers deserved to win because they had played so much better! In fact, he said that the Steelers could consider themselves lucky for losing only by 6 after making so many mistakes… Anyway, it was nice about him admitting it. Other people would have gone angry instead. I prefer a sport attitude! Go Packers!