Following my posts “Do Not Mess with Mature Women Drivers!!!” & ” Are Women Bad Drivers?” I found another post that shows how smart women are… When I started to read the story I thought to myself “I know that story, I read it somewhere…”, but also the ending is a tad bit different, the end result is the same: women are smart! LOL

There was a man who had worked all his life, had saved all of his money, and was a real â€œmiserâ€ when it came to his money. Just before he died, he said to his wife: â€œWhen I die, I want you to take all my money and put it in the casket with me. I want to take my money to the afterlife with me.â€ And so he got his wife to promise him, with all of her heart, that when he died, she would put all of the money into the casket with him. Well, he died.

So her friend said, â€œGirl, I know you were not fool enough to put all that money in there with your husband.â€

The loyal wife replied, â€œListen, Iâ€™m a Christian; I cannot go back on my word. I promised him that I was going to put that money into the casket with him.â€

â€œYou mean to tell me you put that money in the casket with him?!â€

â€œI sure did,â€ said the wife. â€œI got it all together, put it into my account, and wrote him a Check. If he can cash it, then he can spend it.â€ 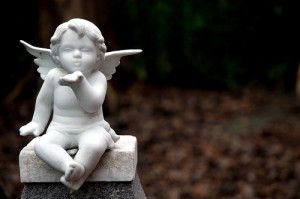 Share this to every clever female you know, and to every man who thinks they are smarter than women! Haha! Thanks to Supladita.