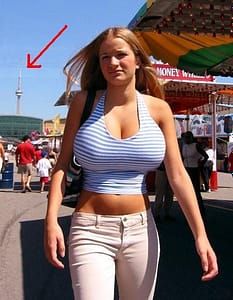 Guys are visual; this is an ongoing battle for them through out their life to distinguish the difference between an object and a human.

Before all you guys go getting loud about it, let’s start with some facts. As in real life, truly-happen stuff: There is a man, 2 years ago, who admitted to having had sex with 1000 cars and is still at it. Don’t believe me, click here. This guy started sleeping with cars, admittedly at age 15. In fact, they are the love of his life, and he goes ahead to admit that he falls in love with a car, and after a while falls out of love and has to find a replacement. At the time of the writing, he was in love and living with Vanilla, a VW Beetle ~ a beetle for crying out loud! Now, if that is not mental confusion, tell me what is!

We appreciate him for one thing: that he is honest enough to own up. There are literally millions of men, who were it not for keeping societal form and norm, would be emailing and calling Vanilla’s boyfriend asking for tips and sharing secrets.

Fine, you may argue that this is not really the case with all men. But science has proved it. Of course its money poured down the drain to prove facts that already prove themselves, but it’s proven that men can’t really differentiate between objects and humans very easily.

An example? Sure: If you happen to have succumbed to societal pressure and fallen in love with a real human being and went ahead and had a child who turned out to be male, watch him from days early on as soon as he can sit up and watch TV, he cannot really differentiate between a TV cartoon and reality. Watch the awe in his eyes, the way his jaw drops, the way he’ll ogle and ohh-ahh when the most impossible things are happening: Spiderman is zapping across building tops and killing humongous robots that threaten to destroy the globe and all in it. Do you have to be a woman to treat this as wishful thinking? Apparently yes; watch your daughter; in the same heartbeat, she will be looking as skeptical and sniggering as ever. And of course your son will be so in love with spider man and the robot that he will make you buy him a set to enact the battles with.

Need more proof? Just look at your husband/boyfriend/brother/son when he is watching an action movie. Come on, men. Do you think that stuff is for real? The best is watching a guy drooling over a car: you would think it will ever do more for him than transport him from point A to point B and get old while doing it. They look at it like it can love them back, clean their underwear and replace all eaten snacks in the fridge!

Ok, you’re wondering when to get on to more serious fact-finding? Look at the stuff that wars are made of. Killing, mindless murder, weapons beyond comprehension, genocides, you name it. And then tell me of a war that was started by a woman; over a woman, yes, I agree. By a woman? The worst that women will do over differences (like a five kilometre stretch of no man’s land) is gossip about each other, they recognize that there are things and there are people and that you don’t kill people because of things. You can gossip it away, turn your nose the other side and pretend not to have seen the object of your bitterness. Men on the other hand… you know what they’ll do. They’ll rouse out fellow men and head for the hills with guns, killing everyone as though they were objects of pleasure.

Can we all agree that we are willing to pour a few more million dollars to find a bitter syrup that men can take a dose of to cure them of this blindness? Remember, the specs say bitter!