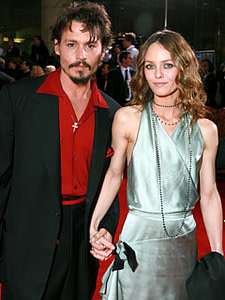 It all started some days ago, when my Brilliant friend and I were at the bar, having some drinks and discussing hot guys. Suddenly, she made me a comment, and I giggled. I reminded her that I had a boyfriend, so she laughed at me and said:

Ok, my Brilliant friend likes to play smart but to be honest, I was not sure what to answer.

A few days later, I was telling that story to another good friend of mine, who seemed to get a bit worried:

– I gave a ring to my girlfriend, and she is wearing it on the index, does this mean we are engaged?

This made me think. Does the fact of wearing a ring imply some sort of non-verbal contract? Maybe it does, for some people. While wearing a ring does not necessarily mean that you are engaged, I think, or at least in my books, it is a sign of commitment. I think that if a guy is scared of commitment, or afraid that the girl would take it the wrong way, he should go for another piece of jewelery instead of a ring as a gift…

However, it is not because you are wearing an engagement ring that you are going to get married. Hey, for me, being engaged for the rest of my life to the man of my life sounds just as good, and maybe this could be the meaning of wearing a ring on the index, right? Check, for example, Johnny Depp and Vanessa Paradis, who have been together for 12 years and, despite the constant rumors, have never gotten married. She wears a ring on the fourth finger of her left hand, made up of more than half a dozen of small diamonds.

“Will we marry? I really have no idea,” Vanessa Paradis said. “I’m not really for it or against it. There is something romantic about it and there’s something scary about it. If you’re happy without it, why bother?” She has a point there…

I’m not a jewelery person. I just like to wear the essential, the same as I really don’t care about the price, it is the thought that counts really. The other day, I was with my daughter -who drags me in every single shop, since she now has a job, and she likes spending the money before she even earns it, or at least planning what she is going to buy. May I add that jewelery is high on her priority list? Well, we were at this jewelery shop and there was this cute little silver ring with a cubic zirconia, and engraved with “I love you” and I thought it was so nice, that I nearly bought it… then I remembered that it would be a bit silly to buy myself an “I love you” ring. 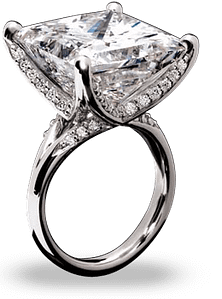 But on the other hand, if you are interested in trying to win the ultimate engagement ring, a 22 carat diamond ring by going to my22ct. It’s all about playing a game, where couples complete some challenges and people vote for them. You can register with your Twitter or your Facebook account. I think it is a great competition! I would have loved to compete, as I honestly think Jag and I are the World Best Couple (lol), but since we live in different countries, some of the challenges are impossible to do for us…

Come to think of it, what would you do if you were to win this 22 carat diamond engagement ring, would you keep it or sell it?