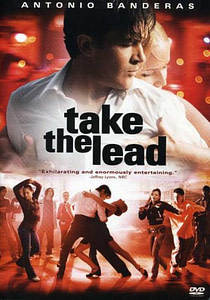 The other day, I was having a conversation with my friend Kelly, and he quoted Carlos Eduardo Gavito, a tango dancer, when he said: “Any man who dances and doesn’t look at the woman as a queen, will never be a king. It’s all about respect for the woman. The woman needs to trust the one she’s dancing with. She needs to be able to trust in the embrace and trust in where she’s being led”. I think it’s a great quote, and it’s not speaking about tango only, but about life (and relationships) in general.

From that same interview, I extracted this quote:
“It’s not something that is all about one person, there are not “bosses” or “leaders”. It’s really about freedom. (…) Many people, no just me, but many people believe the most beautiful thing you can do in tango is in the embrace. Many people have picked up on this in various lessons and schools. No, no, this is something in each of us. It’s something that exists in each one of us. It’s the warmth. When you’re taking another person, ‘I’m protected’ ‘I’m not alone.’ That’s tango. It’s the passion.”. Again: Is that tango what he’s describing, or is it something else?

Because he is a dancer, of course he is going to use dance as a metaphor. A writer considers life a book to be written. An artist may see life as a white canvas, a sculptor as a rock which has to be sculpted… Personally, I love dancing, and I can really understand with what he said.

I find movies about dancing irresistible. I have seen every single one available, and some, I watch over and over… Step up, bring it on, centre stage, take the lead. You name it, you get it! I’ve seen it! I feel really touched by such a connection between dancers… I believe that dancing together is even better than talking: no misunderstanding, no irony, just letting yourself go to the rhythm of the music, feeling that, as long as you dance together, you are more than two people, you are in perfect synchronicity, going on the same direction… no wonder how dancing is romantic!

As for myself, dancing was probably the only connection I had with my ex husband. In fact, we even took ballroom dancing lessons as a couple therapy (of course, it was only to find out that when something is over it’s over and no therapy can help). Anyway, I still believe in the power of dancing for joining two people. And I would love to learn the tango one day. It is my favorite dance.

I disagree with Gavito on one thing, though: it’s not respect just for the women. Respect works both ways. A man should look at the woman as his queen, but she should also see a king in him and feel proud of being his dance partner. Unfortunately, in many relationships, people take the other for granted, and it doesn’t work that way. Neither in life nor in a dance.