Stereotypes of men and women… accurate or not even close?

We fear what we can’t comprehend. And the opposite sex sometimes appears as a giant question mark. What do we do? We stereotype, of course! After a couple of times a guy can’t guess why his girlfriend is crying, he establishes “all women cry too much”. When a girl gets frustrated after dating one or two guys who are afraid of commitment, she decides it’s not her fault, it’s just that all men are the same!

And yet… could it be possible that there is something true behind these common –and sometimes cruel- stereotypes? Is it true that women really are lousy drivers, or suck at math? Could guys actually be relationship dumbasses and obsessed about sex? Once you start to think about it, things seem to fit right into place!

Let’s check, for example, the stereotype that claims men like sports a lot more than women. In fact, TV signals such as ESPN show, through their advertising, that they are aware a majority of their audience have testicles. The true question would be if more men play sports that women do. When you suggest a day at the beach, with a volley-ball and some paddles, girls enjoy it quite as much as boys. I believe men enjoy the action… mostly on TV, while sitting on the couch with a big bowl of chips and a six-pack! Does that make you a big sports fan… really?

Do women drive worse than men? Perhaps. The thing is, we are socially conditioned to believe we are a danger on the road! Even the first time a little girl sits behind a wheel of a tricycle, she may be exposed to ironic remarks (even if she’s just 3 years old). So that tends to make women insecure. Think about it: what do men complain about? That us women can hold the traffic up because we can’t make up our minds on where to turn, that we park poorly, that we take a long time to make a decision. It is true: many girls are so worried about driving bad that this ironically makes their driving a struggle. We may even end up scratching the paint on a Mercedes’ door. Hey, but guess what? We don’t hit and run on a pregnant mother: that’s probably a man’s doing! 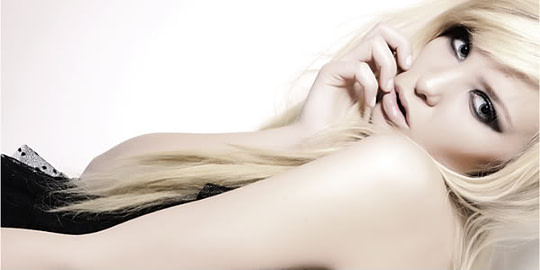 And what about relationships? Is it real that women make every time the wrong decisions and men can’t be trusted? I think double standards apply here. If one man is unfaithful, he apologizes by saying he’s just a guy and every guy does that. If a girl cheats, she’s a whore. If one man is heartbroken, he’s a sensitive soul. If one woman is sad, she’s whining too much!

Of course, if there is an exception for every rule, after considering all this you can’t help but thinking about that cute girl you once knew that was into baseball, that handsome guy with such a sensitivity you could take him for a cry-baby, that brilliant mathematician who just happened to be a woman with the body of a supermodel, or that dude your friend dated that couldn’t talk about something other than marriage…