The Lost Art of Courting and Romance, an Elegy 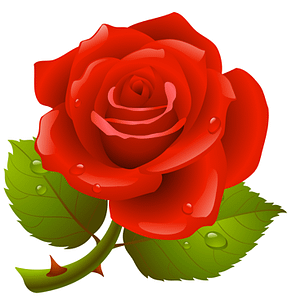 What has happened to courting and romance? Is it possible that these to concepts are so lost that some people haven’t ever heard the terms? But let me start from the beginning.

“Would you like to go out for drinks with me?” This question sounds really innocent and for some people it will be OK… but for me, coming from a man it is a terrifying question, since I can never be sure what is the exact idea behind it… “Let’s go out for drinks” as friends, because you are a nice guy and I am a nice girl, and it could be fun (in the truly fun way)? Or “let’s go out for drinks” because the guy thinks it might be his lucky day, and he is going to get laid?

News flash guys: it is not all about sex! And I am pretty sure (or at least I hope) there are plenty of women like me who want to see -even demand – more courting from the men.

When I told Emily a guy asked me for a drink on Sunday, she was surprised I told the guy no. Actually, I did not say no exactly, I just said I had things to do on that day. I don’t know, I always feel awkward to say no, and it feels more appropriate or polite to say I have other things to do. (Come to think about it now, I think it is worse than saying no, but I truly had things to do even though I could probably have taken a few hours off to go for a drink but here lay the problem…)

A few months back, I was asked to go out for drinks with a guy and I said yes. We went to the local pub. After he asked to tell him about myself, he told me a little about himself until he bluntly said:

After a few seconds of silence he added:

-I would like to have sex with you every day.

After another few seconds of silence, I responded:

-Well, I might be bad in bed (I am not sure why I thought telling him that would deter him).

-Well, I would teach you to be good, so you would want to have sex with me everyday and it would be beautiful.

By that time, I knew there was no point, so I told him straight that I had no interest whatsoever in having sex with him or anything else for that matter!

-So why did you accept to come for a drink with me?

-Because I am new around here, I don’t know many people. I did not see anything wrong into having drinks with a guy and I certainly did not expect to be asked for sex like that!

DRINKS WITH A GIRL = SEX

I was listening to a girl friend complain the other day, and her thinking was along the same lines as mine: What happened to romance?

And I added: What happened to courting?

A guy seated at our table said:

– Did you just say “courting”?! I have not heard this word in ages! Where do you come from?

And here I am with my old fashion ways… what happened to the flirting, courting, romance…. from the men?

When my ex-husband wanted to date me, he really went out of his way to ask me on a date, and it actually took me a few days to figure out who he was. But thinking back, and even though I said no the first time, it was nice. I don’t see that happening much anymore. It seems everything is all about “let’s just have sex!” And that will not do it for me!

I think much has been lost. And I’m sorry for that, as there is something beautiful in that previous stage that comes after first approaching someone, the anxiety you feel the first time the two of you share a conversation (believe me, I know what I mean, LOL). I think people (both men and women) should make an attempt to go back to the old-fashioned ways of courting.

What do you think: is courting and romance a lost art?