To Have or Not to Have a Facebook Profile, That is the Question!

If you are reading this post, chances are that you have a Facebook Profile, and if you don’t have one, you are aware of Facebook… well, unless you have been living under a rock!

See, I’ve been dating this guy for over 4 weeks. He is an amazing guy, although he is obviously hiding something, or he is not prepared to let me into his life completely, or he might be somebody else, I am not really sure. I have his phone number, I have been to his place countless times, so I know his home address -and I know his first name, of course. But that is it! Not enough to run a “background” check on Facebook… and so it just ended there…

To Have or Not to Have a Facebook Profile, That is the Question!

I’m not usually the one who asks about your Facebook Profile, I don’t even offer to share mine, which in some instance could be a fatal error: months ago, I met a really cool guy and I spent an awesome week with him. It is only now that I realized he was a keeper, but unless there is only one Rafael in Poland, I have no clue where to find him, since I didn’t ask for his Facebook profile address, even though I saw him check it on his laptop. By the way, Rafael, if you are reading this, contact me!

I joined Facebook quite some time ago, and I only did so because I was doing Internet Marketing back then. Because it was recommended to have a Facebook Profile, I did mine, but I never really used it back then. That was until a few years ago, when Facebook started to get really popular as the Internet became more popular too, and available anywhere. That is how most of my family found me. Because by the time I left home, most of them were just children or even babies, it was interesting to go through their photo albums to see how grown up were they now, and what they had been up to all these years! 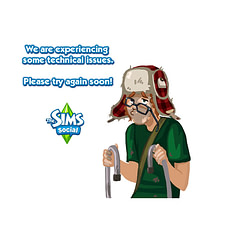 When I went back to France, I ran into old school friends which whom I had lost touch because of the distance. You get the picture, right? Me in Australia, them in France… It used to take forever to write letters, which sometimes would get lost until eventually, either side got tired, and so we lost touch.

I also had an argument with my ex boyfriend. He refused to change his relationship status to put me as his girlfriend. It wasn’t really a big deal, but I still questioned the motives behind his refusal to do something so simple: all you have to do is put the person as your partner and he/she will receive an email and they click ‘yes’ or ‘no’ or of course ignore it, which he did. His explanation: “everybody knows you are my girlfriend!”. He has over 500 so-called friends on his list, so I am pretty sure they did not all know me. I figured out later on, that he did not want some people (women of course) to know that we were together. We didn’t break up over this, it was just a difference of opinion which I chose to rectify by removing him from my friend’s list. After all, if I cannot be his girlfriend on Facebook and since “everybody” knew, he did not need to remain on my Facebook Profile lol

When we finally broke up, I changed back my relationship status to single and I received a message from a friend. The last time I had heard from her was when she sent me a text, telling me she would call me the next day to catch up for coffee. Months later, I had never heard from her again until that Facebook message. The message was clear and simple: “I saw you changed your status to single. Why?”

When I read the message, I couldn’t help but smiling to myself and thinking: “I am fine, thank you for asking…” Then I went to my Facebook account settings to set my relationship status only viewable by my eyes!!! And I never replied to her message either.

I personally know people that don’t have a Facebook Profile and have no intention of getting one, like my ex-husband for instance. He is completely against it, even though I ended up creating him a Facebook page for his business. My friend Rob is totally against it too, and we could argue for hours about it… I also have an auntie who has decided that Facebook was not an option in her life. I have a friend who is just not computer literate and not interested to become one either, so he could not care less about having a Facebook Profile. It is not like I am going to stop talking to them because they choose not to have a Facebook Profile! Hey, on the other hand, I have a few friends who refuse to have a Facebook profile, and in time, I’m finding pretty hard to contact them when I’m organizing a party or something… shouldn’t we make a Facebook profile mandatory? LOL

I also have some friends, who I know that they have a Facebook Profile, but for some reason, seeing each other nearly on a daily basis, they find this enough, and thus they don’t feel the need to add each other for now, as we live in the same city/country. However, it might become necessary to keep in touch when I decide to move again.

Like everything in life, some people may tend to over do it, and get addicted to social networking. And of course, as for anything else, we tend to discuss more the negatives than the positives, giving Facebook a bad name. I don’t always have the time to check all my friends feeds, unless I am really bored, or on a public transport, and I will look at them from my iPhone. I might check a friend’s Facebook Profile if I haven’t heard from them in a while, and want to see what they are up to. I also like to check my children’s Facebook profiles even though I hate seeing them swear publicly like that, and yes, I will sometimes butt in and visibly tell them to stop using profanities on their status, not that they will listen…

But I now find it interesting to check a Facebook profile with somebody I have just met. I think somehow, it validates who they are. I know you can still create a completely fake profile, but I find that in general most people create their Facebook Profile to show themselves. Besides, Facebook has really become the place to connect with old and new friends. I met this guy online and we added each other on Facebook, and of course, I checked his profile since I don’t know him that well. Seeing all the pictures of him and his adorable kids is just re-assuring he is who he says he is.

All in all, having a Facebook Profile or not is not a big deal. But even if I had any reservations or second thoughts about Facebook before, I am glad it is here. Not only for the fact that it helped me reconnect with some of my closest friends. Facebook allows me to keep in touch with my new friends from around the world. I even wish Facebook had been there 20 years ago, because I would have been able to tell some of my colleagues from back then that I was back in town, as I just cannot remember their full name.