What I have been up to lately… 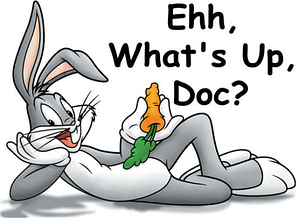 Well I decided to take a little break from Plurk... As with most things, I was getting a bit bored and had nothing to say…and except for “good morning” and “goodbye” there was not many Plurks that would make me feel compelled to respond to… so I decided to quietly leave but still keeping in touch with a few friends there…

I have met guys from various sites.  The one site I took seriously for dating was RSVP.  But since Chris, my profile has remained hidden.  A few times I went back to RSVP…wondering if I was going to put myself out there again… checked guys’ profiles…. but found no one to make me want to “un-hide”… I still receives emails, pokes, winks, flirts, crushes…. from other dating sites… nothing has caught my attention so far….

Nonetheless, a few people have managed to  seriously raise my attention…  they are guys I would gladly accept to go on a date…  The only problem is that they live miles away… the other side of the world… in some other continents!!!

At first, I did not really make much of it.  I have been on the Internet for so many years and I have been chatting with so many people from around the world that I am used to the basic email/msn flirting…  men offline or online… they are all the same!

But what happens when the online friendship has moved on to something more… when a few emails, chats from time to time have become  daily phone calls, texting, emails, chatting, anything that can give a sense of reality, a presence… something that make you forget for a second that the other person is actually on the other side of the world….  Never mind the time zone, those guys are part of my daily life.  We joke. We argue.  We play.  We say good morning, we say goodbye.  We catch up at breakfast.  We catch up after work… with the promise that one day we will eventually meet…

And lately, the idea of actually meeting those guys has been tormenting me. What if?

Yes… What if one of them is THE one??

I did not meet those guys on a dating site.  I am talking about community sites where you join for fun mainly or to meet like minded people.  I did not join a community site thinking: “I am going to find a man there and to make my life a bit more difficult – after all I like challenges – so I will chose a man to date who lives overseas!” It just happened.

But from experience, I know that getting along on the phone, knowing their or my life stories, little secrets or whatever…. does not mean that we would automatically get along in real life or that we could even end up more than just friends….  BUT not knowing is killing me too!  I mean I don’t doubt that there must be some really nice guys here in Australia that could sweep me off my feet, but if there are, it looks like they don’t want to be found!

I have been out of work for 2 and 1/2 months now.  A 2 face-bitch got me the sack!  Get over it Prisqua!  This is not the first time you have to deal with a back-stabber!  But for some reasons, I have not been able to move on and have been wondering what to do with my life ever since that happened…  I wanted to move to Sydney, figured out that maybe a dramatic change would do me good after being on the Coast for so many years… but once I got there, it did not work out as planned so I changed my mind.  A few years ago, after my first separation, I wanted to go back to London but my parents advised me against it and I
listened and stayed here as there was no way I would go back to France.

And so I carried on wondering and pondering… now remembering what a friend had told me when I lost my job and boyfriend: “Everything happened for a reason, maybe you should watch The Secret again…”

I still have not watched it again… might do that later…

I have not told a soul about this because none of my friends are Internet savvy and I don’t think they even know what a blog is!  Not many people understands the concept of meeting people online and becoming friends with people they have never physically met… so let alone trying to explain that I would like to date or just see someone that I have never met who lives on the other side of the world! So I am expecting people to try to talk me out of it…. and some will probably think I have lost the plot! lol

It is so hard not knowing!  And I just can’t imagine myself waiting and wondering for months and months… just not my nature even though I can be a very patient woman.  I just want to know and I want to know NOW!